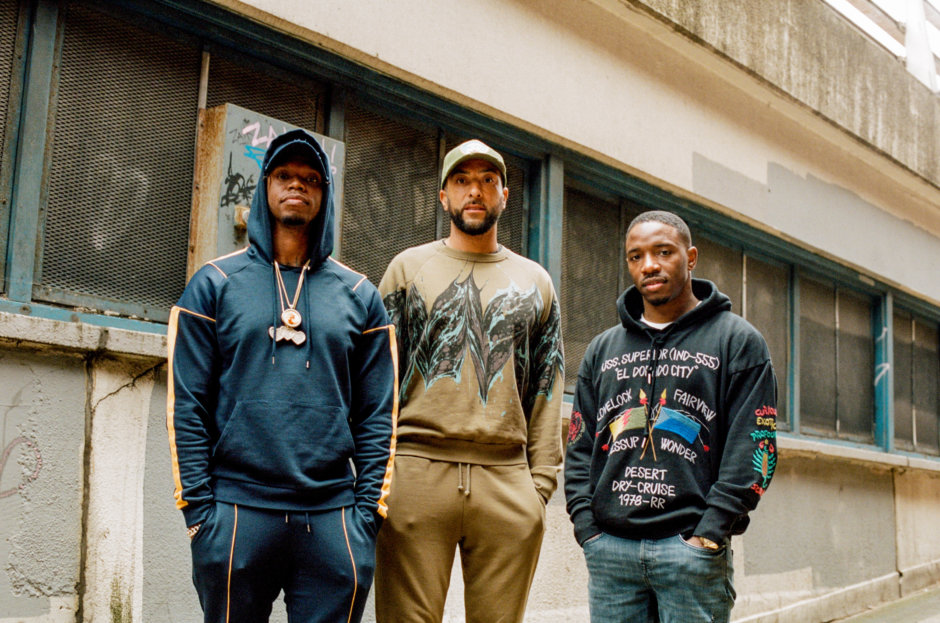 After a hugely successful first series, BBC Three has confirmed that series two of The Rap Game UK will follow up in 2020 with Krept & Konan and BBC Radio 1Xtra’s DJ Target once again on board as mentors.

The Rap Game UK is a six-part competition series (6 x 60) based on one of the US’s most successful music formats and is produced by Naked Television and distributed by A+E Networks. It will be on the look-out for the best and up-and-coming rap artists from across the UK to battle it out for the chance to earn a record contract at Krept & Konan’s Play Dirty Records.

Throughout the series, the artists will live together and meet some of the best mentors from the culture. They’ll take on a series of new and returning challenges as they strive to top the weekly Ratings - while racing to reach their full potential. By the end of the series, as an intense artist development programme closes, just one will be crowned champion.

Krept & Konan, say: “The Rap Game UK is back again. We can’t wait to find our next signing and help develop six new artists and take them on that journey. People can get applying right now.”

DJ Target, says: “I’m so excited for Season 2 of The Rap Game UK. The talent pool continues to grow in the UK and after Season One’s success, I know we are gonna find another star and this time it’s gonna be even bigger!”

Series one was launched on BBC Three in August 2019 and was won by London rapper Kiico, who is currently supporting Krept & Konan on their tour, and featured AJ Tracey, Mist, Stefflon Don and Lady Leshurr as guest mentors across the series. Filmed in Birmingham, it proved a critical success for both the industry and audiences and received 3 million requests on iPlayer.

Fiona Campbell, Controller, BBC Three, says: “The response to The Rap Game UK has been incredible. The winning blend of authenticity, humour and unfiltered storytelling coupled with voices from all over the country allowed us to build a passionate and engaged audience, which I'm delighted we'll get to grow in Series 2.”

Tom O’Brien, Executive Producer & Creative Director at Naked Television says: “The Rap Game UK was a passion project for so many of us involved. So we were all ecstatic to see it connect with its fans. Season 2 has to be bigger, bolder, with even more bite.”

The Rap Game UK is a 6 x 60 series made by Naked Television for BBC Three. It is commissioned by Fiona Campbell, Controller BBC Three and Ricky Cooper is the Commissioning Editor. Tom O’Brien, Simon Andreae and Cam De La Huerta are Executive Producers, Cicelia Deane is the Series Producer.